The Life to Share claims the mission to help world wide. Nevertheless the Diocese of Khammam in India was the pilot project. Bishop Paul Maipan was the first of reliable partners since many years. Khammam is situated in the Indian state of Telangana about four hours by car east of the city of Hyderabad. In Khammam live 2,21 million people (3% christs) on an area of 16.000 square kilometers. About 15 % of the population are counting to the poorest of the poorest to the cast of native Indians the Dalits.

Another focus is on Tanzania in East Africa. In this country live 56 million inhabitants. Over 1,3 million children are AIDS orphans. The education and the health system are very poor. Only 5,9 % of the gross domestic product is going to the health system and is far below the Abuja declaration with demands 15 %. Die Archdiocese of Arusha covers an aera of 67.340 square kilometers in the northern part of Tanzania. 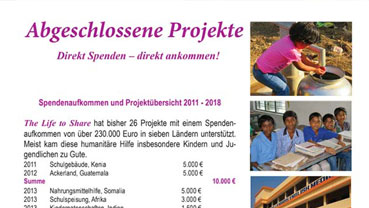 Transparency is very important for us. We want you to know at all times whereto your donation goes und what is reached with this money. The Board of The Life to Share inspects regular the efforts of the donations on site. The donator himself can visit the project or the godchild at every time. 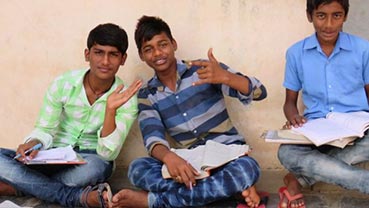 In this moment our main target is in India and Africa. The Life to Share is mainly working with Dioceses of the Catholic Church. The projects come in through the project managers with detailed cost calculations, plans, pictures and definition of recipients. There will be documentations about the project from the beginning til the end. 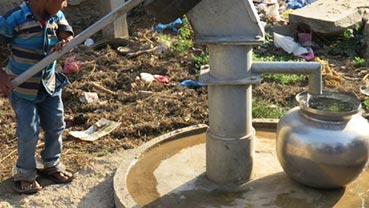 To whom our help gos

Daily we get the news about natural and starving desasters. Daily wars around the globe, pursuits, refugees, expulsions and raping. We are conscious that many our cheep and mass products are on the backs of children. They are exploited in childrens work. About one third of mankind lives under circumstances they are inhumane. We help especially young people and children because they are the future of the world. 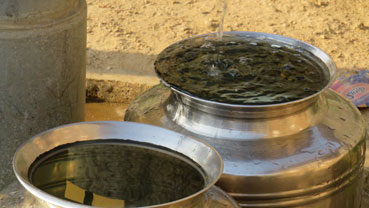 On the country side in India women walk miles and miles – for water. They carry containers of 30 or 40 pounds home. They are exhausted but have only water for hours. But this water is not cleam. It contains germs and chemical remains – briefly it’s hazardous for their health. A remedy is digging bore wells and they don’t cost much: Just 500 Euros each. Self dertermined life begins with health. This people are not able to go to the doctor or clinics. They are far away and not affordable. 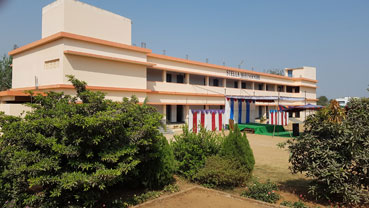 This is a project of our hearts. Especially for girls ang young women the life in slums can be the hell. A good way to avoid this hopelessness is education. At the end of the class 30 young women and girls leave the professional training with a diploma as tailoress and a own sewing machine, Help us to realize this projects of our hearts. Every year one of two classes of tailoring that’s our aim.

Do you have questions?

Thanks for your visit